Germans are not giving it away but its just a glimpse of everything coming in 2019 S1000RR showed by the BMW Motorrad on social media. A race track, the sound of fast accelerating motorcycle and a litre class motorcycle that passes very close to the camera, that’s all teased by the BMW Motorrad channel on Instagram. All-new 2019 BMW S1000RR is expected to come with a power of 210hp and a solid weight reduction than the outgoing model. As we already know by now the new S1000RR looks more polished than its predecessor and drops off the asymmetrical headlight setup. We

German Automaker has released plans to launch the Hydrid version of its flagship saloon, the 7-series. The BMW 7-series ActiveHybrid, to be launched on the 23rd of this month, will not only be the first Hybrid vehicle by the company in India but will also set the ball rolling for the launch of the i8 in the near future. 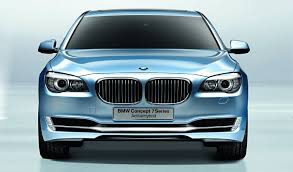 Huge luxury flagship saloons and hybrid technology usually did not mix well until a few years ago. But as engineers buried their heads into charts, datasheets and adapted new technologies it became possible to get harness this technology for the greater good.

The massive car has a 3 liter V6 inline petrol engine which churns out 320 bhp and has a peak torque rating of 450 Nm. In the ActiveHybrid version, the electric motor will further generate 55 bhp and 210 Nm of torque. These figures make it possible to propel the car to 100 kmph in just 5.7 seconds. The car will not get an all-electric mode but still reduces its CO2 emissions to a mere 158 gms/km. The engine is mated to the now familiar 7-speed gearbox.

A start-stop system and a brake energy regeneration system will further help make the car more economical. In the Indian driving conditions the car is expected to achieve about 9-10 kmpl which is unheard of in this segment for petrol engines. All of this will only be offered with the top-of-the-range 760Li model.

BMW has chosen the CBU route to get the car to India which is an expensive choice but the company had to resort to that since it lacks the proper facilities to assemble such a complex car in the country. But with the launch of this car and the i8 looming close, we hope BMW is working on the issue which will be better in terms of service and cost for the company as well as the customers. The car will be priced in the vicinity of INR 1.6 crore.

Check out what team 4wheelreviews had to say about the BMW 7-series here.