Germans are not giving it away but its just a glimpse of everything coming in 2019 S1000RR showed by the BMW Motorrad on social media. A race track, the sound of fast accelerating motorcycle and a litre class motorcycle that passes very close to the camera, that’s all teased by the BMW Motorrad channel on Instagram. All-new 2019 BMW S1000RR is expected to come with a power of 210hp and a solid weight reduction than the outgoing model. As we already know by now the new S1000RR looks more polished than its predecessor and drops off the asymmetrical headlight setup. We

British marque Jaguar Land Rover is working on a technology which will make its cars “learn” from its surroundings. Preventing accidents and avoiding driver distraction while giving a very personalized driving experience to the driver is the top priority in developing this technology.

The algorithm developed for this will learn the driving style of the driver and save his/hers preferences. Artificial Intelligence, which is now widely used in developing robots, will be heavily employed in this futuristic technology. 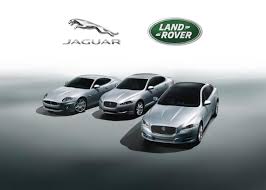 Mr. Wolfgang Epple, the director of research and technology at JLR said “The aim of our self-learning technology is to minimize driver distraction, which will help reduce the risk of accidents”. “We want to take this significant step further and our new learning algorithm means information learnt about you will deliver a completely personalized driving experience and enhance driving pleasure” he further added.

The traffic and weather conditions change rapidly and the car will use the algorithm to learn how the driver will react to such changes. It will then manage a few things about the car without the drivers intervention. Rather smart we`d say! By taking over such parameters the car will allow the driver concentrate more on the road with minimal loss of focus.

Most self learning cars till now were only focused on navigation and traffic problems but the JLR self learning car will take it one step further, as Mr. Wolfgang added, “Presenting the driver with information just at the right time whilst driving will reduce both cognitive distraction and the need for the driver to look away from the road to scroll through phone lists, or adjust mirrors, temperature or seat functions while on the road”

Based on the drivers previous selections, the car will automatically adjust the seat, set the cabin temperature and also distinguish between raining and snowing.

Karnataka government is tackling its traffic problem in a way …
October 10, 2017
4 min read